Life with the Tern GSD

If you follow us on Instagram, you may have seen us reposting content to our stories from the account @Tern_GSDad. Thomas is a customer of ours who purchased a Tern GSD from our Chiswick store, and has been having an absolute ball on it with his family ever since. We loved his fun content and his enthusiasm for the product really shines through, so we reached out to see how he was getting on and let him fill you in on why he loves the GSD so much.

Q: Thanks for taking the time to speak to us Thomas, please tell us a little more about yourself?

My name’s Thomas Perkins, I’m 34, Husband to Jo, and Dad to Edie (4) and Sophie (1.5).  I grew up in the Midlands, and moved to London around 10 years ago for work and have been living here ever since, but now living in West London.  I’m the Head of Product at Kerv, looking after the Modern Workplace and Microsoft Teams portfolio.  I also run an Instagram account for my Tern adventures called @Tern_GSDad.  I should also say I’m sitting here writing this wearing my GSD T-shirt, I am unashamedly a cargo bike, and Tern nerd.

Q: Were you a cyclist prior to purchasing the GSD?

I actually only started cycling again during lockdown, before that, not since I was a teenager.  When everything closed in 2020 I started running and developed a knee injury which meant I could only do low-impact exercise.  Through a bit of luck, I managed to get a great deal on a good bike, and from then I was hooked! I dove in with both feet, and even joined a local cycling club (SaddleDrunk).  Although, having a 2.5 year old and a newborn meant rides were often short and done very early or during nap times! But those rides meant I built a lot of road confidence and as a result became a frequent user of PAYG e-scooters, and e-bikes, which has been a lot more preferable to buses and tubes during mask wearing times, driving for sustainability reasons, and it’s often been faster too.

Q: What drew you to the idea of a Tern GSD?

Whilst we have some friends who have cargo bikes, it had never crossed my mind that we would get one, until about June 2022 when I came across a scheme run by my local council where you can hire a cargo bike for free for 2 weeks.

With the cost of living increasing, fuel shortages and increases, and the state of the environment it seemed like a good idea to try something out that would help that.   So I put my name on the list, and they told me my hire date would be September.  September came, and I absolutely loved it – I must’ve done 100 miles on it in 2 weeks, but the biggest issue I had was that it wasn’t electric, so I was completely exhausted.  Doing the nursery runs to two different nurseries meant a 45 minute round trip became a 25 minute round trip.

Once I had decided that a cargo bike was the right decision I set about doing some research. I’m not one to make split second decisions when it comes to stuff like this, so I wanted to know absolutely everything there was to know about cargo bikes.  Once I’d done that the Tern GSD really stood out to me for a couple of reasons – it was electric,  the bike seats being on the rear, the design, and reliability.  It had to be electric as the cargo bikes, with kids and everything else are really heavy, and going up any incline had to be easy.  I also wanted the cargo space to be at the rear so drivers behind me could see the kids, so the girls could still fit in it as they get older, and so I had more control over the steering.  I thought the design was beautiful, so striking and different, something which still turns heads and others comment on regularly, as well as the ability to lift and store it vertically.  I have to get it in quite a tight lift at work and I would never be able to fit a box bike in there! As for the reliability, for me it comes from the Bosch cargo line motor, and the quality of the engineering, you really feel like you’re unstoppable.

At that point the stars aligned, as Kerv had just launched its cycle scheme and from then it was an absolute no brainer.

Q: Which accessories did you buy? Are there any more on your wish list?

I think one of the best things about the Tern GSD is the range of accessories available to really customise it to your life.   I really struggled with what to choose because there’s a lot of options, and they’re all such high quality which does come with a price.  In the end I decided to go with the 52l panniers, the clubhouse +, the Storm Shield, the Transporteur rack, and 2 Yepp Maxi’s, and I’m waiting for delivery on some stand extenders and a quick release for the front rack.  Since then, I’ve also decided to go for the Storm Box to improve that weather protection, and side kick wide decks to add some stability to the panniers, both of which I’ve sourced through the unbelievably helpful and friendly Tern GSD online community.

Out of these I’d say I Storm Shield is the most useful! It allows the girls to stay warm and dry (and happy!) on those really miserable days even if I get drenched! But even in the rain I’ve got a smile on my face because it’s just enjoyable to ride.

I think for now that’s probably enough to cover most situations, but as the girls get older I can definitely see use cases for the captain’s chair and sidekick joyride handlebars.

Q: What sort of journeys have you been doing on the Tern GSD?

I’ve had it for about 6 weeks and done 350km on it, so it’s safe to say I’ve done a lot of journeys.  The most common for me is pick up and drop off at nursery.  My 4 year old started a new nursery in September and the round trip was taking 45 minutes walking as the two nurseries are in opposite directions.  With the manual box bike it dropped it 25, and with the Tern I can do it in 15 without breaking a sweat.

Besides that I use it for any local trips, I’ve picked up pizza, dropped off the party bags and decorations for Edie’s 4th birthday party, nipping to see friends, or even just going out for a bike ride in the sun (or rain with the Storm Shield!).  But really, the best way to put it is that any journey I have to do with one or both of my kids which is  less than 10km is now done by cargo bike, and it’s almost always faster (and way more fun) than any other mode of transport.

Q: What do your two girls think of the GSD?

It’s always difficult to tell the true feelings of a 4 year old, so as an experiment I suggested we leave the bike at home. Edie was having none of it, and demanded we take the bike, and as I turned around my 18 month old was already wearing her helmet. So I really think they enjoy it as much as me, and I know with the GSD we can keep enjoying it together for years to come.

Sophie loves wearing her helmet, she always teeming with happiness when she sees me get it out for her as she knows we’re going out on the bike, and on a few occasions has brought me her helmet, to tell me she wants to go out on it.

The Storm Shield has really made a huge difference to their experience of it, as in this country it’s not always great weather and being pelted in the face by rain  at 26kph does tend to dampen their mood.

Q: Is there anything you’d change on the GSD or would like to see in future developments?

I think they’ve hit the nail on the head with most of it, however I do like to change the accessories fairly frequently depending on what I need to do, so I’d really like to see more quick release options to allow for faster transitions between uses.

Q: What do you love most about the Tern GSD?

Aside from the points I’ve already mentioned I really love the versatility it brings. I can drop the girls at nursery, deliver birthday presents to a friend, and cycle to work without breaking a sweat in the same trip.

For me, the GSD has had such a positive impact on my life, and on the experiences I can enjoy with my kids.  I’m really looking forward to longer lighter days to go on some proper adventures with them, or go to places I would have dreaded going before, finding a parking space, getting stuck in traffic which is a thing of the past now!

Q: Do you drive? And if so how often do you use your car vs the GSD?

I do drive, and own a car, which I love. I have a deep appreciation for engineering, so I do like cars, however there is a time and place for them.  I mentioned before I grew up in the Midlands, so we often will drive up there, or if we’re taking a family trip we may use the car if it’s in an awkward place with poor transport links.

If it’s just me and one or both girls I will typically opt for the GSD over the car because it’s often quicker to get places and easier to park!

Q: What do you think of the cycling infrastructure in your local area? And what improvements would you like to see both near you and across London in general?

I think the cycling infrastructure is ok, but it can always be improved.  I’d really like to see more clearly marked cycle lanes and red routes, with no parking to leave cycle lanes free, but a lot of it comes down to driver education, knowing what’s too close,  indicating early enough, and leaving room in the cycle lanes that are there. One thing I would really like to see change is to increase the speed limiter from 15mph to 20mph in line with the US, and other parts of the world, so that I’m more easily able to keep up with local traffic.

Q: What would you say to someone thinking about making the move to a GSD for their day-to-day journeys?

I’d say definitely speak to your local council, check out if there are any cargo bike schemes you can take advantage of, where you can hire them for free for a short period before you invest heavily in an E-cargo bike.  Also try and see one, or ride one before you do to check it’s for you! I really liked Balfe’s because for a 25% refundable deposit, they were able to order the bike in, build it and let me test ride it.

Purchasing a Tern GSD has really changed my life for the better, not only am I doing my bit for the environment by not driving short distances any more, I get to enjoy going out with my kids.

Huge thanks to Thomas for giving us some amazing, detailed answers. We are so happy to have contributed to his exciting new way of life! Tern’s range of electric bikes can be found on our website here, or to head into one of our 12 stores to speak to the team and find out more. 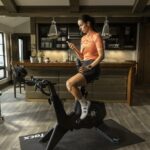 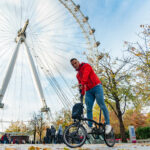 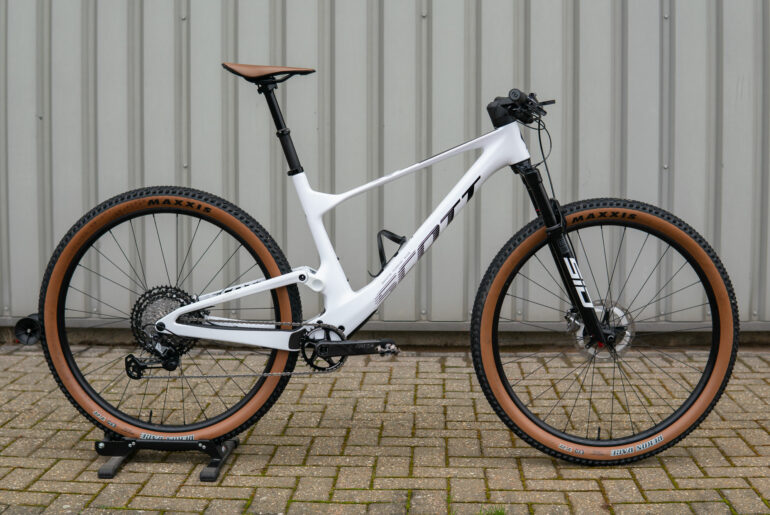 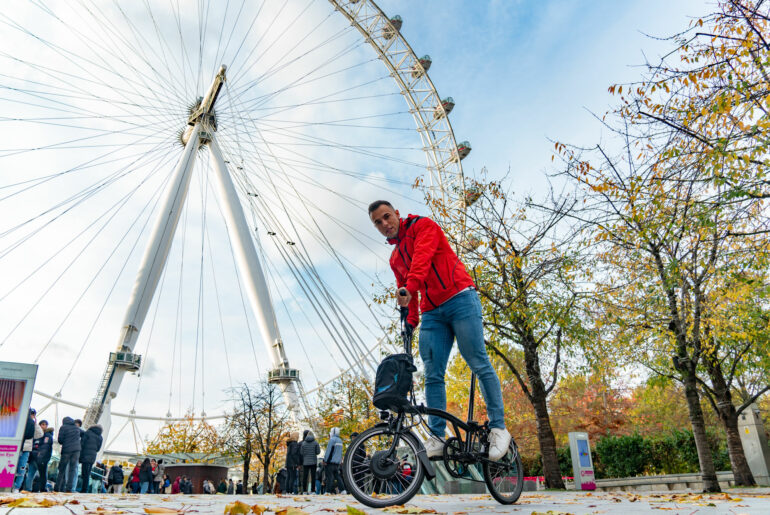 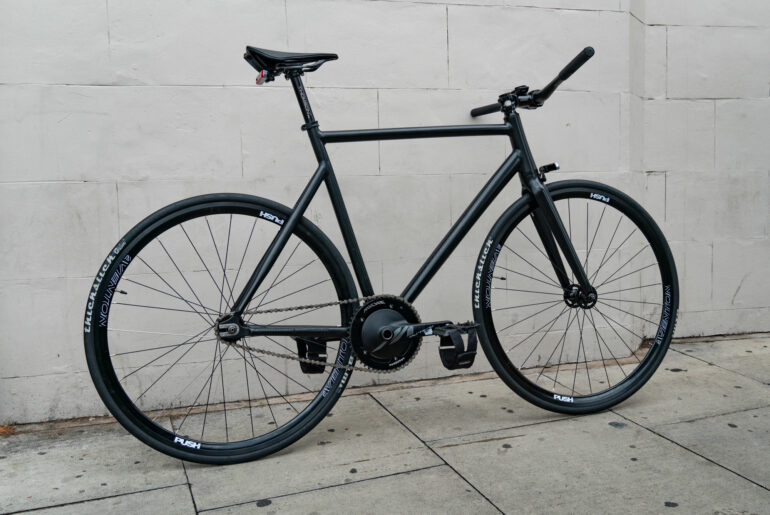